Brofessional is based on the fictional character Leon Montana played by Jean Reno in the film Léon: The Professional. In this movie, Léon is a professional hitman referred to as a "cleaner" living in New York City who was forced to take care of a young girl named Mathilda Lando after the death of her family at the hands of several crooked members of the D.E.A. led by Norman Stansfield. 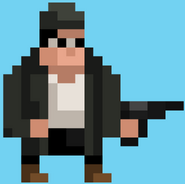 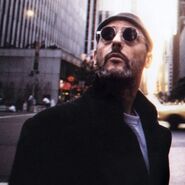 A gif demonstrating the power of his teleport, able to get past walls of indestructible steel

A gif demonstrating the power of his teleport stab. Forgive him of the inability to throw enemies, and use it wisely instead of getting killed by a Suicide Bomber Mook
Community content is available under CC-BY-SA unless otherwise noted.
Advertisement